The Particular Sadness of Abandoned National Treasure in Osanjici, Bosnia and Herzegovina

A Medieval Church and Judge’s Stone Seats in Osanjici, Stolac

On the way back from Daorson, don’t miss the opportunity to stop by the village of Osanjici and visit two monuments. One is a 15th century abandoned Orthodox Church and the other is a type of judge’s stone seat used by Bosnian feudal lords to settle disputes and rule their villages in the 14th & 15th centuries.

Coming back from Daorson and after passing by the lookout point “Vidikovac” (where you can take pictures of Radimlja, a stecak necropolis) watch for a small dirt track on your right. There will be a broken-down sign pointing to the village lying in the bush, or there will be no sign, or maybe (and hopefully) they will have fixed the sign.

I would probably not have used this track, but my mum persuaded me to stop and take a walk to try and find the church after we had spotted the broken, faded signpost lying on the side of the road.

Meeting the Locals in Osanjici

We would not have found the church on our own. But we did find a picturesque village house. A woman came out and was soon joined by her husband. Being that we are Bosnians, we naturally engaged in a friendly Bosnian conversation that uncovered a number of personal details within seconds. They were just having lunch with their grandchildren. They were staying in the village during the Covid-19 lockdown. The house is their family heirloom, but nobody lives in the village permanently anymore.

We asked about the church. Apparently, we had passed it on the way to their house. We needed to head back along a small road that would lead up to it. Entering from the Daorson side of the village as we did, it is the first road on the right as you enter the sometimes inhabited part of the village.

The husband advised us not to go to the church as it may be full of snakes. The wife was more encouraging. “It’s only April,” she said. “There aren’t that many snakes yet, just watch where you are going because the church grounds are overgrown.” She also told us about the Judge’s Seat, still in its original spot where it had been for more than five centuries.

Of course, we headed to the church.

The fact that there had been no clear signs pointing to this place made the whole expedition seem more adventurous.

Church of St Peter and Paul

This Orthodox church, dedicated to the Apostles Peter and Paul was built in 1505 using an endowment from Duke Radolsav of the Hrabren-Milodradovic family. Osanjici village was the home of this family. The church was restored in 1832, but badly damaged during the war 1992-1995. And as far as we could see, there have been no real attempts to protect the property.

We walked into the overgrown churchyard thinking about those snakes. I did not really feel like exploring.

My son noticed that the church door was unlocked and we slowly pushed it open. We ended up running and screaming because we had disturbed about a dozen bats living inside the abandoned building. After calming our nerves a little, we plucked up the courage to go back and close the door.

We were able to take some magnificent pictures of the church, it’s yard and an old gravestone (I later found out it belonged to a nun called Martha who had died in 1562).

We walked around, we looked around, and we were saddened that it had been abandoned and left to fight time and the elements all on its own. A decision of the Bosnia and Herzegovina Commission to Preserve National Monuments, however, does recognize the site as a National Monument:

“the architectural ensemble of the church of St Peter and Paul, with burial ground, judge’s seats, churchyard and walls in Ošanići, is hereby designated as a National Monument of Bosnia and Herzegovina.”

There was also a sign at the front of the entrance to the church indicating this status. But that was all.

Just outside the church, with vines growing all around them, easy to miss but awesome once identified are the two judges’ seats.

The first time I was made aware of the existence of these types of seats was in the National Museum in Sarajevo, where visitors can see the royal and judge’s seat of Queen Helen Gruba of Bosnia (1395-1398), and another belonging to a feudal lord.

I remember posting the following caption with pictures of the seats on my Facebook page:

“Apparently, my ancestors were true minimalists! From the look and feel of these stone chairs, I conclude that, while they may have been in charge, those Bosnians were definitely not snobs.”

Some of my Facebook friends with vivid imaginations pointed out that there must have been a comfortable cushion. Well, of course.

A local historian, Šefik Bešlagić, in his book “Stone chairs of medieval Bosnia and Herzegovina”, published in 1985, documented 42 such stone chairs, most of them dating from the 15th century.

They are all of different sizes and designs, each with various inscriptions. A small number of them are made of stone blocks and therefore movable, but most have been chiseled in natural stone and are in situ, always out in the open. Along with the judge’s duties, it is believed that they were used for leading village meetings.

39 of the seats have been found in Bosnia and Herzegovina, 2 in neighboring Montenegro and one in Serbia, but all within the territory that belonged to Hercegovina and ruled by Herceg Stjepan Kosaca in the 15th century.

Do try to visit the site along with the ancient megalithic acropolis Daorson.

It is well worth it for the sheer adventure involved in this trip. Neither site is overrun by tourists or protected, I believe that such sites are very rare nowadays.

Enjoy it while they are still there.

At this rate of neglect, they may not be sticking around for long. 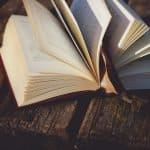 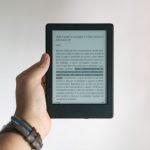 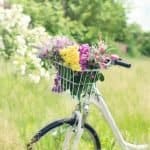