I just finished another book by Joyce Maynard and I feel compelled to explain my fascination with the writer.

I am fairly new to Joyce Maynard’s work (although, I watched To Die For with Nicole Kidman sometime in the 90s, a movie made based on her book)

But the author first appeared on my literary radar about three years ago when CreateLive bombarded us with ads on social media about a Write Your Story course taught by Joyce Maynard.

Now, it wasn’t so much the course, I usually skip those ads, especially if they are that persistent, but there was something about her picture that made me look.

Eventually, I took a screenshot of her picture ad pasted it onto my (virtual) vision board. It represented how I want to look when I am a little older, i.e. natural, youthful, and yet so wise.

At Home in the World

It was no surprise to me when, after a bit of research I found out that back in 1972, J. D. Salinger became obsessed with the (very) young Joyce Maynard, after seeing her picture and reading an essay of hers published in The New York Times. There is something so innocent reflecting back at us in the way she looked then and even the way she looks now, in her sixties.

She was a freshman at Yale at the time J. D. Salinger noticed her. He was 53. A usually recluse writer, he contacted her and subsequently persuaded her to leave college (although, in her own words, she did not quite fit there anyway) and move in with him.

That part of her life is vividly and masterfully described in her memoir At Home in the World. While the memoir deals mainly with her relationship with Salinger, it is really the story of her life, her childhood, her growth as a writer and a woman.

She bravely writes about intimate details of her life (some called it oversharing) such as not being able to have sex with Salinger. Her body would clamp up, and it was extremely painful. In the era before the internet, vaginismus wouldn’t have been easy to research and Salinger ended up taking her to his acupuncturist friend for treatment. (who apparently never wondered what a 19-year-old was doing with the aging writer)

At Home in The World is one of my favorite books, not only because it is a book you read more or less in one sitting, but it is a story we can all identify with on so many different levels. The naivety and vulnerability of youth, the promise of a more experienced, revered, influential man, the complexities of mother-daughter relationships. It is Maynard’s non-fiction that I always identify with, even if our life has no obvious parallels. She writes what she knows and it is extremely relatable.

Maynard was a blogger before blogging and had her regular newspaper column called Domestic Affairs, where she shared stories of her personal life.

“My mind is always on the home front.” she writes in one for her personal essays. “I could get on a plane to New York City, by myself, and write about the goings-on of the big world beyond our little town a little more easily these days than I could have nine years ago. But the fact is, the adventure that occupies me now is making a home, making a marriage work, trying to have a career. And central among them all: the difficult, exhausting, humbling, and endlessly gratifying business of raising children, of ensuring the health of both body and soul.”

We relate again, when she says:

“Because the reason for telling these stories, I have come to believe, is not that they’re so rare and amazing—headline material—but that they’re not. In my newspaper days, I wrote chiefly about isolated events and extraordinary phenomena. Now I document ordinary daily life. And I think one of the chief pleasures in doing that comes from the knowledge that what’s going on here is not unique or rare. “

I am currently enjoying a collection of those essays.

As a writer (albeit unpublished) I love seeing how she weaves the stories of her family over and over again into various essays and fiction. And even though, I know a particular fact, like that Joyce’s father was 20 years older than her mother and an alcoholic, her divorce from her first husband, the death of her second husband from pancreatic cancer, it is something that she uses in her essays and fiction to convey so many different messages.

I purchased her “Write Your Story” course on CreativeLive because I wanted to learn how to, someday perhaps, skillfully extract my own story and send it out into the world.

But mostly, I just enjoyed the course, because she manages to make us excited about telling our own story, about finding value in our own daily life, whatever it may be. And the passion for writing she has that exudes out of everything she does. (she always knew she wanted to be a writer)

She writes long elaborate (and public) posts about many different topics and over the years following her, I learned so much, not only about writing but about being able to express opinions, even if they are unpopular. I watched her take the haters head-on and fearlessly stand by her words.

I believe, it is the type of resilience only experienced writers have.

I also learned about Guatemala and Lake Atitlan where she has her lake house and where she holds writing workshops. I marveled at the story of two female students who after attending her workshop, decided to stay with during the first round of Covid19 lockdowns. They became great friends. It is just how I imagine Maynard to be in real life, a woman who would inspire other women, not only through her writing but also in person. It is why her picture is on my vision board.

I cheered her on from my side of Facebook when two years ago she decided to go back to Yale and continue her studies. (she never went back to college after her Salinger ordeal) She is now writing a memoir about it.

I read her fiction as well, actually, it is why I am writing this post. I just finished reading her Where Love Goes.

I haven’t read more in terms of fiction but sci-fi/fantasy for the past two years. I really needed an escape and I don’t do well with escaping with contemporary fiction. But for the past month, I was longing for a good fiction book, something to look forward to reading at night.

So I turned to what I know. I have already read To Die For and Labor Day (both books turned into popular movies) so I read Where Love Goes next.

It is not her best book, but in my humble opinion as a reader, I still gave it 5 stars (on Goodreads), because I rate books based solely on how much I enjoyed them. And I enjoyed this.

The relationships are honest and raw and the characters cringe-worthy, especially that little kid Ursula.

As a writer (albeit, once again, unpublished) I noticed how wonderfully she incorporates pieces of her own life into her characters, the details I know from reading her non-fiction.. and her Facebook posts.

While the characters weren’t necessarily as deep as I would have liked them to be and some things remained on the surface, like Ursula’s self-absorbed mum or Tim’s true motivations, Claire was really well developed and fleshed out. As a reader and a woman, I could understand her motivations both with Mickey and later on, with Tim. But everything ultimately comes down to the children. If you have them, they rock your world and they certainly rock the world in Where Love Goes.

I am not going to do a deeper review of that book, but I would definitely recommend it. Just like all her other books. And definitely her writing courses.

Facebook0Pin0Tweet0LinkedIn0Email0
2021-02-10
Previous Post: Why We Love Netflix’s Cobra Kai
Next Post: Here is a Scientific Way to Test and Discover Your Biases 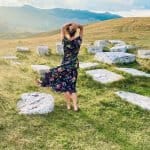 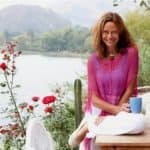